← more from
Metal Blade Records
Get fresh music recommendations delivered to your inbox every Friday. 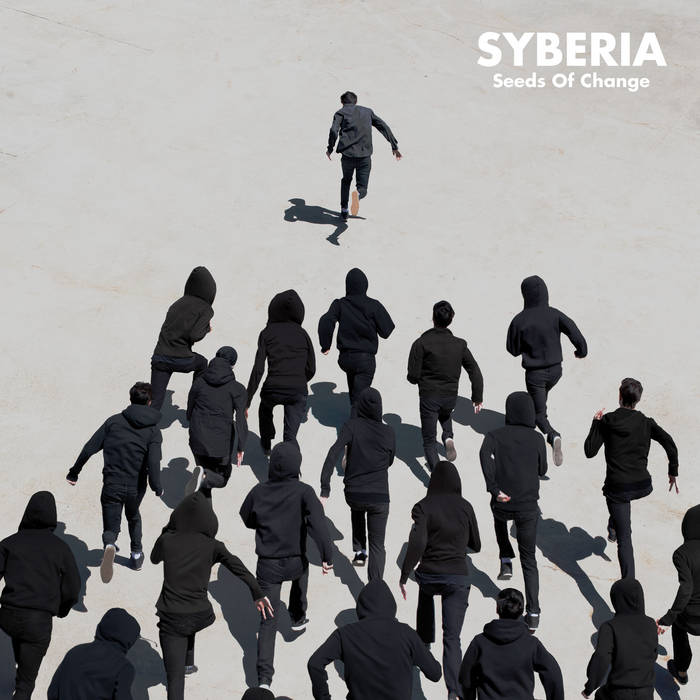 CARPAGE Excellence from the opening track to the last, this their third LP is their most assured, and they follow in the footsteps of no one!
Syberia can play their instruments, and still write complex music that has a depth of emotion other more well known bands can only dream of.
This, is only their third LP in almost eight years, greatness takes time. This release was certainly worth the wait.
Favorite track: After the Uprising.

Syberia craft intricate and involving post-rock opuses, and they have never sounded more assured than on Seeds Of Change. Following in the footsteps of Caspian, Mogwai and Russian Circles, their instrumental works are complex yet instantly accessible, weighty, gorgeously melodic, and always deeply moving. "At first, we didn't have a clear concept for the record, and we also didn't have a predetermined idea on what kind of musical direction it was to take. Once we started working on each song, the ideas started flowing and we weren't shy about trying different things and approaching soundscapes we hadn't explored previously. The pieces started fitting with each other by themselves, and each song's identity finally became a part of a very powerful whole." Certainly, whether experienced as individual tracks or as an album in its entirety, "powerful" is a good word to describe the music that they have created, marking a high point in an already impressive career.

Broadening the spectrum of emotion demonstrated on 2016's Resiliency, Seeds Of Change is triumphant, edgy, soothing, urgent, haunting, aggressive, nostalgic and so much more - every song featuring a diverse array of tones and moods, and all of them flowing seamlessly together. "We have always liked combining elements like darkness, fragility and strength. The contrasts they create are a core part of our lives and they become very apparent in our music. If we had to describe it, we'd say this is a dark, delicate and powerful record. However, it's full of smoother passages which make it dynamic." Pick any track and these shifting elements are apparent - "Beirut" progressing from frail and beautiful passages into something more muscular, the desperation of "After The Uprising", or the steadily evolving cinematic soundscape of closer "Shigir" all cover so much ground. The decision to feature synths more heavily also opened up new avenues for the band to explore, employing far more orchestral and choral elements in their sound, which will play a larger part in their future live shows too. "We locked ourselves up in the practice place for most of 2018, playing each song over and over again, working to develop them until we got them exactly where we wanted. We finished writing the last song just a few days before we went into the studio in December, so it was a very intense process."

Though lacking lyrics, Seeds Of Change tells a story regardless, which is encapsulated in the title, its narrative centered on an individual trying to escape from the masses and the dark side of society. "He is someone who is struggling to maintain his individuality, perhaps to protect his imagination in this grey reality we live in. So we pictured this person as trying to keep his colorful inner world alive, but he is chased by a group of faceless people with a beehive mentality who aim to turn him into one of their own - a black and white, dull copy of a human being. We imagined our hero as the last remaining seed for a change for the better in the world - somebody that will fight until his last breath to change the establishment in one way or another. While there is one seed out there, there is hope that something beautiful can still grow." With song titles selected based on the feelings they individually evoke these too contribute to the story, as does the record's artwork, though the band are happy that nothing is overly explained, giving the listener space to interpret the music as they see fit.

When it came time to record, guitarists Oscar Linares and Jordi, plus drummer Oscar Caselles, tracked the drums and the bass with sound engineer Gorka Dresbaj at The Room Studio, in Barcelona, and the guitars were recorded in Madrid with Carlos Santos at Sadman Studio. While some bands find the recording process to be arduous, this is very much not the case for Syberia. "As a band that doesn't make a living solely on our music, we try to put all of our heart and passion into what we do. Going into the studio is always such a source of excitement - seeing the songs we have spent months creating come to life and grow is the greatest feeling. The recording sessions were full of laughter and humor, there was a lot of hard work but also a couple arguments. It's normal when you have spent eight hours stuck in a fish tank seeing the same three or four guys watching you as you play. But it happens even in the best families, and we would like to thank Gorka and Carlos because they made it so easy, and it was a pleasure working with such great professionals." With Seeds Of Change fully realized, the band are now looking to that which lies ahead, and with the backing of Blacklight Media and Metal Blade feeling more confident than ever before. "We always believed in this music project. We had to overcome many obstacles, and there were points where we nearly thought of splitting up, but something deep inside kept us going and we didn't lose hope. We were convinced that all the time and hard work we were dedicating to the band could eventually pay off and give us something beautiful. Then one day Blacklight Media and Metal Blade, the worldwide leading metal record label, showed their interest in this modest instrumental rock band from Barcelona and said they'd like to sign us to release our upcoming record, and the rest is history."

It is said that the name of the coldest area in Russia comes from the Turkish words for “asleep land”. Anyhow, Syberia instrumental rock music gives off such a warmth and instrumental intensity that they attracted our attention from the very first minute. Dreamy passages and explosions of real magic.

Bandcamp Daily  your guide to the world of Bandcamp

Nightmares on Wax and Bremer McCoy stop by with their sublime new LPs.